Looking for dvd movies in Swedish for toddler

I have a niece who is turning 1 soon. I tried to find books for babies that make sounds in Swedish, like the alphabet or numbers, but couldn't find anything.

Do you know of any movies or shows available on DVD for 0-3 year old? They live in the US so I was going to order them here in Sweden then send them back next time my dad goes back there.

The first thing I came to think of is an old classic from the 1970s. ”Fem myror är fler än fyra elefanter” (Five ants are more than four elephants). It started as a children’s state television show to educate kids in the basic skills of reading, writing, and counting. It got hugely popular and was re-run several times. They also made it into a television Christmas calendar in 1977. It has been voted the all-time-best children’s television show in Sweden.

The stars of the show are Magnus Härenstam, Brasse Brännström och Eva Remaeus. All three became Swedish superstars after “Fem fyror”, as it was called for short. Magnus plays the know-it-all, Brasse is the incurable charmer and Eva is the diplomat constantly trying to mediate between the two.

I’m not sure about the target age, likely from three or four and up. There is a lot of singing, costumes, color, and goofing around. The Christmas calendar is available to watch for free on the Swedish state-run television network, “Sveriges Television,” for anyone living in Sweden. 28 half-hour episodes. The rest of the show can be bought online on DVD (don’t forget to check the DVD region).

Say “fem myror” (five ants) to your dad, or anyone living in Sweden during the 70s, and see what they say. 🙂

Ohhh I didn’t think about dvd region, what does that mean?

Thank you for the information!

The world has been divided into regions like Europe, Asia and America to make it hard to import DVDs cheaper from other regions. This means you need a DVD player with the same region as your DVD. Some DVD players can change region codes.

The alphabet parts of "Fem myror" seems to be available on Youtube:

Hm okay seems like I won’t be able to buy DVDs for them then. That’s a bummer.

I ended up buying my niece some books with basic vocabulary in swedish! And I bought her the game, ”Var är lilla kaninen (Where is the little rabbit)?” 😊

She really loves the game! 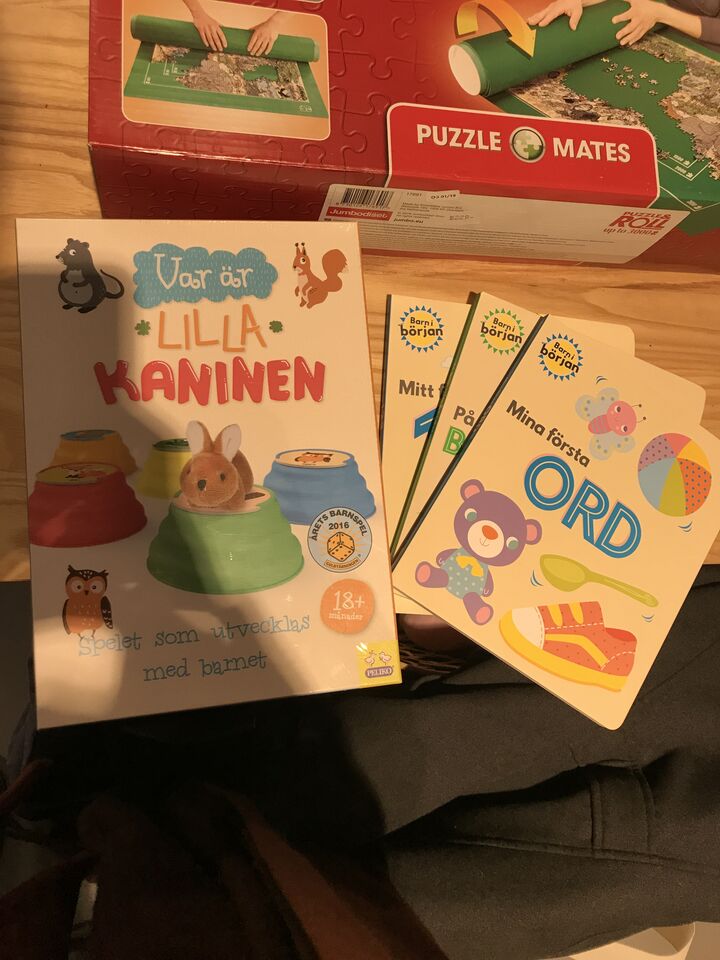 And a puzzle mat it seems. We have a grey one.